Spider Saloff is the winner of five MAC Awards (Manhattan Association of Cabarets and Clubs) including Best Female Jazz Vocalist, as well as the recipient of the Chicago Gold Coast Award for Excellence in Live Performance and also of a special citation from NARAS (The Grammy's). This World Class artist has taught vocalists at the Bloom School of Jazz for over a decade. As a concert jazz vocal artist, actress, songwriter and playwright with 8 national recordings, Ms. Saloff has been acclaimed world wide. She was featured with Chicago Jazz Orchestra's tribute to Ella Fitzgerald at Millennium Park to an audience of over 26,000. Saloff's Gershwin tribute The Memory of All That headlined in St. Petersburg, Russia. Her concert venues include: Auditorium Theater, Smithsonian Institution, Wilmington Grand Opera, Wallingford Symphony, Illinois State Symphony, Castro Theater, and New York's Town Hall and Lincoln Center.
END_OF_DOCUMENT_TOKEN_TO_BE_REPLACED
0 Comments Click here to read/write comments

Though informed jazz musicians know that Wes Montgomery was one of the greatest guitarists, he was way more than a guitar player - he was one of the greatest jazz players who just happened to play guitar. Whatever Wes played had clarity, direction, patience, vulnerability and a beautiful sound.  It is a shame that for many musicians the most important two facts about him are that he played with his thumb, not a pick, and that he played octaves. These trivial observations are tantamount to looking at Picasso’s “The Old Guitarist” painting and only commenting on the frame.

I had the good fortune to see Wes several times, but the one that I will never forget was in 1967 at the Light House in Hermosa Beach California. For ten choruses on the tune “Sunny” each chorus he played was more intense than the previous one, climaxing in the last chorus with an outpouring of pure passion and soul. Everyone was stunned in awe looking like they were kids in nursery school who had just seen fire for the first time. His emotional honesty neutered any negativity in a 200-foot radius, elevating the audience to a place of religious exhilaration. The world was truly a wonderful place for those attending that set and I will never forget it or him.

Wes’s playing was a tribute to the wide range of human emotions. He could make you cry with “For Heaven’s Sake”; excite you to death with “Impressions”; groove you out with “Bumpin’ on Sunset.” In his music he showed us a world of deep feeling and imagination.

Although Wes made numerous recordings I highly recommend that everyone listen to Boss Guitar, The Incredible Jazz Guitar, Portrait of Wes and Live at The Half Note. These are some of the greatest recordings in any category and clearly distinguish Wes from all other jazz players, old and new.
END_OF_DOCUMENT_TOKEN_TO_BE_REPLACED
0 Comments Click here to read/write comments

The Four Secrets of Practicing Music 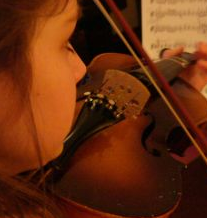 Everybody knows that in order to improve any skill, practicing is critical. But what constitutes practicing is quite variable.  Some think that if a guitar is in your hands while watching TV, you are practicing.  Others think repeating the same exercises you have been doing for years or sitting in on a jam session is practicing. There is a huge difference between playing and practicing.  Although some people can improve while they’re playing a gig, most improve while practicing effectively.  There are four secrets great players know and use when they’re practicing:

Many years ago people would ask me "How do you teach jazz?" I would tell them that it is complicated.  Although there are many components -- such as chords, licks, technique, stylistic considerations etc. -- the one critical component of jazz is that it must be played spontaneously.

The Best I Can do

For years I have heard people say “that’s the best I could do.” It’s a nice notion that someone did the very best that they could do. But was it?

Topics: jazz, bloom school, the best i could do, potential, i can do better