One of Chicago's most innovative educators, David Bloom stimulates creativity in people across all disciplines. Founder of Bloom School of Jazz, and recognized as Jazz Educator of the Year by The Jazz Institute of Chicago in 2017, his spirit of imagination and pride has reached thousands of students over the past four decades. The School’s 38th Anniversary Cool Heat Concert aired on Chicago’s WTTW television and featured some of Bloom’s Grammy-winning students. Bloom, a guitarist and flautist, has been featured in Chicago Tribune, Chicago Jazz Magazine and Guitar Player Magazine, as well as WGN Channel 9 and CBS Channel 2. He judges his validity by his ability to successfully impact others and is fascinated by how people act, think and what motivates them. Bloom’s current projects include:

An accomplished guitarist and flutist performing in Chicago for many years, he opened The Bloom School of Jazz in 1975. Bloom’s jazz-as-language approach incorporates linguistics, philosophy, aesthetics and music. By listening to jazz masters, Bloom has taken their musical values and developed exercises that demand those sensibilities. Through the years, thousands of students have discovered that their abilities far exceeded their original expectations.

His innovative methods break through musical and psychological barriers. Jazz, classical, rock, blues, flamenco, country and pop musicians have come to the Bloom School to expand their musical vocabulary and to enhance their own particular genre. Classes such as The Perfect Set, where students complete an entire album/set of material, as well as Guitar-obics and Black-Out, keep students engaged and growing.

The author of eight music method books, from Rhythms Around the Body to Ear Training-Sight Singing, he is also working on Jazz = Art = Life, a book introducing an interwoven way of seeing, hearing and being in the world. 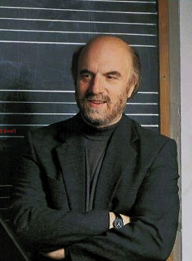