Jimi Hendrix -- Past, Present And Future

So much has been said, written about, or otherwise imparted about Jimi Hendrix that it is well nigh impossible to say anything original about him. However, I do think it might be useful to try to sum up some of the most insightful observations about Jimi, hopefully in order to gain a deeper understanding of his importance in music history.

I've been listening deeply to Jimi's music for some 40-plus years.  Additionally, I've read numerous books (perhaps 40 or more, the best ones more than once... or twice...), countless articles; viewed dozens of documentaries about Jimi. Portions of any of these books, articles and documentaries are truly insightful and (seemingly) accurate, while others range from pretty good, to "same old, same old", to absolute garbage.

One interesting aspect of doing this kind of research, on any subject, is realizing that no single source seems to be "the prime source". That is, in order to get an accurate, three-dimensional, 360° view of any particular subject, one needs multiple sources.  For instance, some sources are really great in terms of Jimi's personal history, while lacking any substantive information on him as a musician. And vice versa...

OK, so why was/is Jimi so great?

For many reasons, of course, but there are some recurring themes that appear to be prominent. The most prominent is Jimi's astonishing ability to amalgamate past prime sources, encapsulate the present, and accurately preview the future, all at the same time!

Jimi had certainly assimilated most, if not all, the important blues guitarists before him. Check out the intro to Robert Johnson's "Kind Hearted Woman", compared to the intro to "Red House"--just about any version of "Red House" will do, but among my very favorites is the San Diego sports arena from 1969, which was on the original January, 1972 release of "In The West".  Also, check out Jimi's beautiful rendition of "Hear My Train A' Comin' on 12-string acoustic guitar. He had definitely absorbed the "Delta" style.  Moreover, he also adeptly merged all the "amplified" guitarists T-Bone Walker, Albert Collins, Hubert Sumlin, both Albert and B.B. King and many others.  Jimi also had been heavily influenced by R&B, especially Curtis Mayfield, and even country players.

Jazz did not escape his notice, either. Organist Mike Finnigan has said that before recording "Rainy Day, Dream Away", Jimi said, "You be Jimmy Smith and I'll be Kenny Burrell". Also, Jimi's Wes Montgomery-inspired octave playing on "Third Stone From The Sun", "Villa Nova Junction" and other songs, as well as his penchant for avant-garde flourishes on "If 6 Was 9", "Third Stone From The Sun" and a number of others, demonstrates a keen awareness of the jazz scene.

That is, his "present". Compared to the very best of his peers, Jimi stood out as the ultimate paragon "rock star", the quintessential prototype.

Within days of arriving in London, in September of 1966, Jimi had occasion to sit in with The Cream. An unbelievably cheeky move on his part, Eric Clapton being "God" and all that... According to Chas Chandler, Jimi's manager, who was there, Jimi just began playing the intro to Howlin' Wolf's "Killin' Floor" when Eric, stunned by the ferocity of Jimi's playing, let his hands drop from his guitar and quietly backed off of the stage. Then, trying with shaking hands to light a cigarette, asked Chas, "Is he really that good?".

There are similar reports from Jeff Beck and Pete Townsend of hearing, for the first time, this other-worldly, amazing guitarist Chas Chandler had brought over from America.

The Beatles and The Stones, certainly the rock royalty of the 1960's music scene, were often in attendance at many of Jimi's first shows. Paul McCartney has described seeing Jimi play at the Saville  Theater, owned by the Beatles' manager, Brian Epstein, and hearing the very first live rendition of "Sergeant Peppers Lonely Hearts Club Band" (that album having just been released two days before), and being astonished.

Clearly, Jimi was extremely well thought of by his contemporaries. Not only in Europe, but in America, as well.

There seems to be a pretty well-defined line of guitar playing pre-Jimi Hendrix and guitar playing post-Jimi Hendrix. There were others who were "in the ballpark", to be sure, but none of them had the far-reaching, total game-changing effect that Jimi had. He pointed the direction, with crystal clear vision, that was inevitable for rock and blues guitarists who came after him.

More than any other single guitar player, Jimi turned an amplified guitar into an electric guitar. He understood the crucial dynamics between guitar, amp and effect pedals.

Take for instance, the wah-wah pedal. It had certainly been used before--Frank Zappa, Eric Clapton and others--but after Jimi, anything anyone could do with a wah-wah pedal, Jimi had already done... And then some.

In a manner very similar to Charlie Parker or John Coltrane for saxophone players, Jimi changed the expectations of what constituted a "serious" guitar player.  What had once been typical was no longer acceptable. The game had certainly been changed, a wicked gauntlet thrown, and guitar would never be the same...ever. 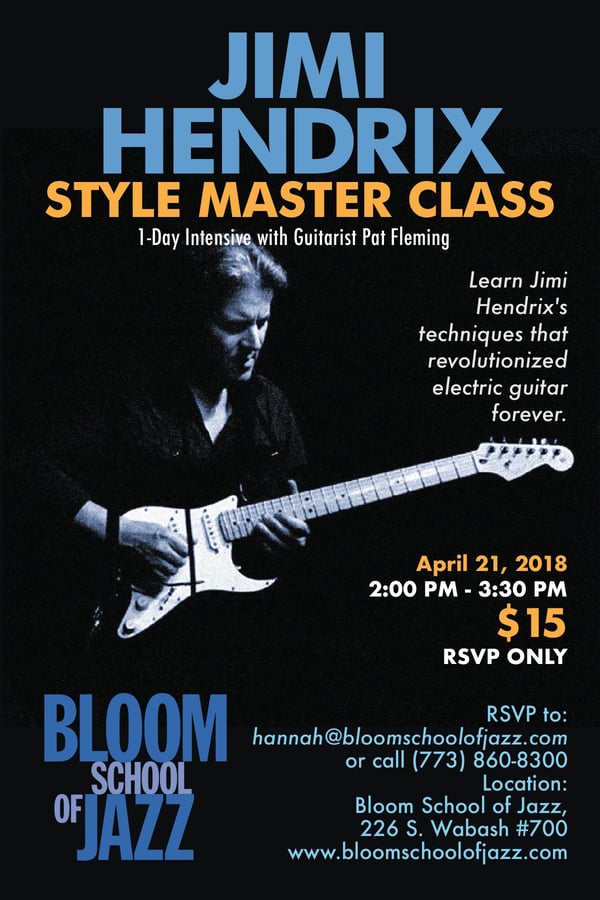